Heal Yourself With Food: Three Steps to Treat Fatigue and Qi Deficiency

Qi (pronounce chee) is essentially our energy. The Chinese character for qi represents steam rising off of rice, and many scholars translate it as the substance without form that we get from our food and nutritious beverages. Our qi circulates through our body giving life force or energy to our muscles, our organs, our immune system, and it powers our blood. The classical texts say that qi generates blood, and blood is the mother of qi. This means that our blood and our qi have a very important, symbiotic relationship. Qi creates blood and without the blood, the qi cannot exist/have no foundation to anchor it to the body.

In medical theory, there are nine types of qi. I’ll explain the three most important: the wei, ying, and zheng qi. The wei qi  is the qi that powers our immune system and protects us from easily getting sick. If we run ourselves ragged, we run the risk of lowering our immune system’s power to protect us again simple cold and flu viruses, and common bacteria. Ying or Nutritive qi is the qi we get from our food and beverage. Our bodies are designed to work off of the energy that we derive from our daily meals. If we continually push ourselves beyond our caloric intake, that energy has to come from deeper sources of energy in our body. Sometimes it is our choice to take in fewer calories than we burn in a day–and this can be useful with careful approaches to weight loss and fasting. If we fast too often or when we have a higher level of pollutants/toxins stored in our fat cells, or are just not strong enough to fast, we can actually damage our bodies and lead to qi or even more severe deficiencies in our bodies. You can see this example with pregnant women that do not take in enough mineral nutrients to support themselves and their growing child. In these situations, the body will scavenge minerals and calcium from the mother’s own skeleton to feed the fetus’ growing body. This puts the mother’s health at risk and can be avoided with proper nutrition and food consumption while pregnant.

Zheng Qi is your ‘upright qi’ or the overall qi of your organ systems combined as a whole. This represents the energy/vitality/umph of your overall organ systems. If you continually keep pushing yourself beyond your limits of your daily caloric intake, then your energy for the day is pulled from your zheng qi. Eating properly, resting your mind, and resting your body are what preserve your zheng qi.

What is qi deficiency?

Qi deficiency is a depletion of your qi in general. Depending on your lifestyle or environment both physical and emotional, certain of the qi types described above can be depleted more than others. If the activity or condition that is depleting your qi continues, then you will eventually deplete your upright qi. Qi deficiency often is strongly related to the ability of your spleen-pancreas and stomach to digest and transform your food into qi. The lungs in medical theory, also are key players in distributing this transformed qi from food throughout the body. Due to these three organ relationships, qi deficiency often begins with one of the above organs being exhausted by lifestyle or environment.

Things that exhaust the spleen-pancreas and stomach pair are: worrying, over-thinking (both ruminating on thoughts and being overly scholastic or analytical), frequently overeating, eating too much greasy, heavy, or sugary foods, and frequent fasting.

Things that exhaust the lung-large intestine pair: grief, melancholia, inhaling too much air pollution, smoking, and excessive consumption of spicy foods (this is a tricky one, because aromatic and spicy herbs open and support the lungs, but moderation is the key here and variety of aromatic herbs, not just chilis that pack a punch).

What are the signs of qi deficiency?

Step One: In general, foods the strengthen qi deficiency are whole, unprocessed foods, as close to local as you can get them. If your food is healthy and vibrant, whether it is vegetable, fruit, grain, or animal, then it should make you healthy and vibrant. The best thing that you can do to fight qi deficiency is to shop from the outside perimeter of the grocery store where the whole foods are sold, and to cook from scratch as much as possible. Remember protecting your health and cultivating your qi is your best weapon against illness and fatigue. It is worth spending a little extra time to show some love to yourself with foods cooked from scratch.

Step Two: Eat three, regular meals a day plus snacks. The classic cannons of Chinese medicine say, “Eat before you feel hungry, drink before you feel thirsty.” The idea being if you wait to feel famished or thirsty, then you are already in a screaming need for food and dehydrated. The other important message from these ancient medical texts is to eat three  moderately sized meals, while supplementing your energy with small sips of water and snacks every few hours throughout the day. In modern times, it is also important to select your snacks and meals appropriately. Eating protein first thing in the morning and during your snacks is very helpful to both feel full and to fuel your daily energetic needs.  Pick snacks that are minimally processed. Use sugar and simple carbohydrates sparingly.

Snack Two: a small room temperature smoothie made of cooked beet, a handful of kale, juice of one lime, 1/2 cup blueberries, a tsp of chia seeds, a small amount of fresh ginger root.  (Note:some of us cannot eat cold or raw foods— if you can without damaging digestion, then modify the smoothy idea)

Dinner: vegetable and shredded chicken fajitas topped with pico de gallo, lettuce, and avocado with a side of pan-seared green beans.

Step Three: Foods that strengthen the spleen-pancreas and stomach pair, as well as the lung-large intestine pair will help with qi deficiency. 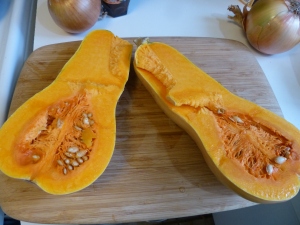 Foods that nourish the spleen-stomach:

Foods that nourish the lung-large intestine:

You can see that some of the foods that nourish the spleen-pancreas/stomach and the lung-large intestine pair overlap. These are especially good foods to work into your meal and snack rotations.

I know that some of the ideas put forward in this article may seem to contradict some commonly held ideas about weight loss and health. I have found that when individuals start feeding themselves nutritious foods and eating small, frequent snacks throughout the day to supplement three-moderate meals, it can transform their lives. Energy and productivity increase. You may also see your body more readily transform fat into muscle, if you have an exercise routine. If your body has the fuel to perform its daily tasks, it is more likely to actually produce muscle mass when you exercise. But this post is not geared toward weight loss, my goal is to provide some tools to guide you to keeping your body and your energy levels at their optimal level. The simplest way to understand this relationship is: if you feel fatigue throughout your day even when you have adequate sleep, then you need to fuel yourself with food to stay alert.

Lindsey Thompson is the owner and acupuncturist at Thompson Family Acupuncture Clinic. www.thompsonacupuncture.org     She established http://www.stickoutyourtongue.org in 2012 to help spread the joy and passion of Chinese medicine to the anyone who is interested.  She loves whole foods, looking at tongues, talking about tongues, and in her off hours can be found running, rock climbing and raising chickens.

← Do You Love Acupuncture? Please Take A Moment To Tell The FDA.
Spleen Rehab →